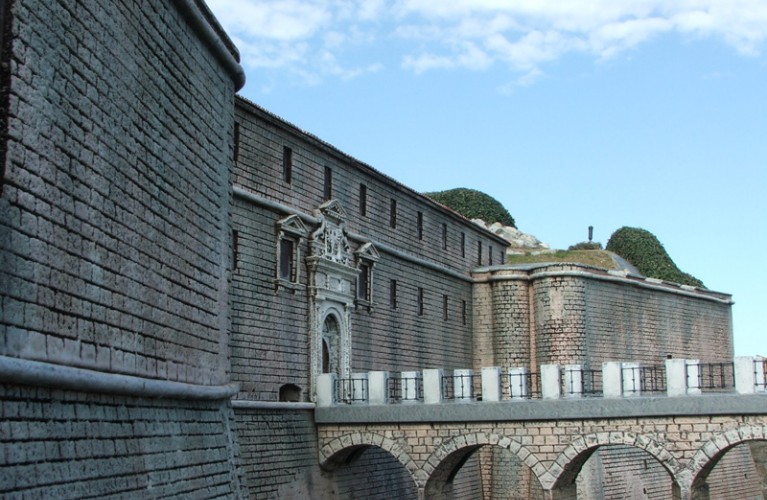 At the time of the general reorganisation of the Kingdom of Naples in 1532, Don Pedro di Toledo ordered the construction of the Fortress at L'Aquila.
Don Pirro Luis Escribà was the designer and initiator of the work and was also one of the Spanish who defended the Kingdom of Naples from the French. Indeed, the Castle of San Elmo in Naples is also attributed to Escribà, a military consultant and expert in fortress construction.

Building work commenced on the Castle in 1534 on an area of land overlooking the city of L'Aquila.
The architect and planner directed the works for two years. They were later taken over by Gian Girolamo Scrivà, who may have been a relative, and who continued to direct the work until 1549.