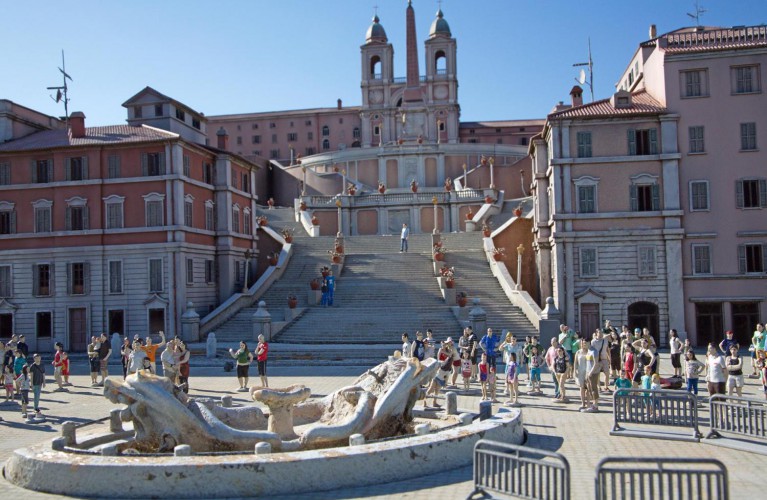 Holy See. From the square rise the 137 steps of the monumental staircase Trinità dei Monti (Spanish Steps), the work of Francesco de Sanctis and A. Specchi.

In the middle of the square is the fountain designed by Pietro Bernini known to the Romans as the "Barcaccia" (old boat). To the right rises the column of the "Immacolata" (the Vigin) erected by Pious IX.

At the other end, the square is closed off by the Palazzo di Propoganda Fide (Palace of the Congregation for the Propagation of the Faith), the work of Bernini, whilst the animated façade on the via di Propaganda Fide is by Borromini.

The fountain backs on to the adjacent Palazzo dei Duchi di Poli.

It was commissioned by Pope Clement XII and built by Nicola Salvi, whose work was inspired by a design by Bernini. This famous fountain is a fantastic architectural composition, dominated by the central niche holding a statue of Neptune on a two-wheeled chariot pulled by sea horses and driven by two Tritons.

In the left hand niche stands the statue of Abundance and on the right hand the statue of Salubrity. The surprising play of water gushing and frothing from the central rock and the many side ones creates a truly unforgettable ensemble.

The Colusseum is the most famous Roman monument and is considered the very symbol of the Eternal City.

It was started by Vespasian in about 72 AD, inaugurated by Titus in 80 AD and destined for public shows, above all the gladiator fighting with wild animals which lasted up until the sixth century. After being severely damaged by a series of earthquakes, the Colusseum was transformed into a fortress in the Middle Ages and later was used as a stone quarry during the Renaissance. This plunder was stopped in the eighteenth century by order of Pope Benedict XIV and numerous later popes ensured that the monument was repaired and restored. The magnificent construction is built in the shape of an ellipse, the longest axis measuring 188 metres and the shorter one 527 metres.

From the north-east side the outside of the Colusseum appears to be completely intact with three rows of arches measuring a total of 57 metres. The arena where the shows took place measures 76 metres by 46 metres and the cavea (terrace) is divided into three tiers, each one respectively designated to knights, citizens of Rome and the plebs.

The most important and largest Basilica in Christendom and heart of the Catholic world rises over the tomb of the Prince of Apostles, St. Peter.

St. Peter's Basilica is located in the Vatican City State, the smallest sovereign state in the world both in terms of population (453 inhabitants) and territorial extension (0.44 km²).

It was built by Constantine in 326 and was in a state of virtual ruin in 1452 when Nicholas V commissioned B. Rossellino with its reconstruction. Work started in 1506 under Julius II and on designs by Bramante. Raffaello, Peruzzi and Sangallo the younger alternated as head of works until 1546 when Michelangelo took over the position and left his mark of genius on the building.

He envisaged an immense body in the form of a Greek cross, dominated by a majestic dome, but by order of Paolo V, Maderno subsequently modified the designs to form a Latin cross by extending the front section. On 18 November, 1626, the new church was consecrated by Urban VIII.

The Basilica presides above a magnificent square, the masterpiece of Bernini who, in 1656-67 surrounded the vast ellipse by a quadruple colonnade (284 columns and 88 pillars). In the middle of the square stands an obelisk, 25.5 metres tall, which was brought to Rome from Heliopolis by Caligula, placed in St. Peter's Square in 1586 and raised by G. Fontana. 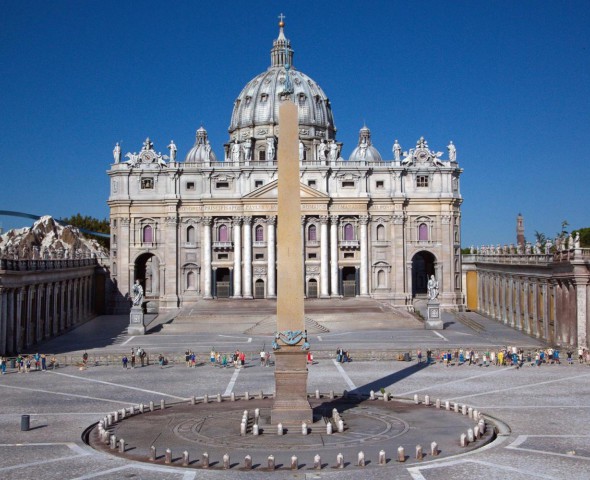 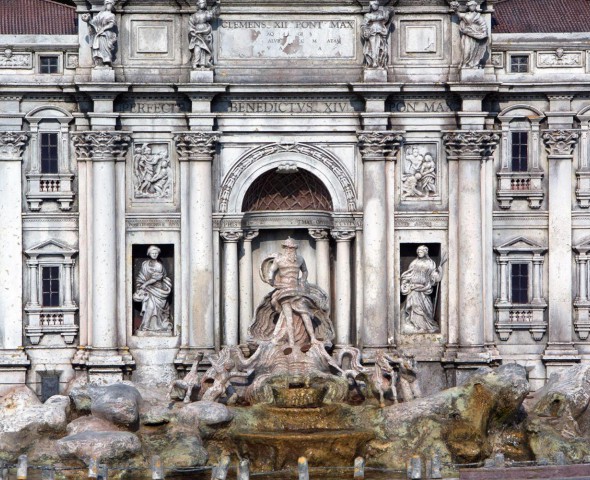 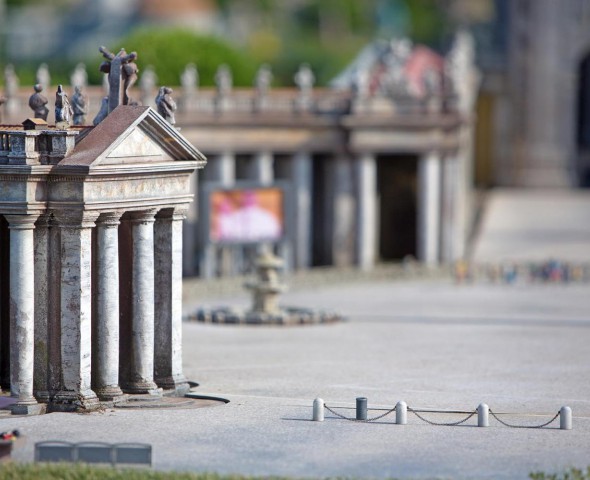 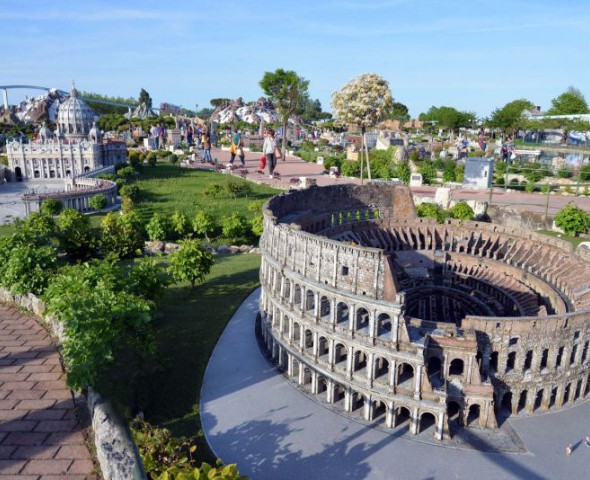 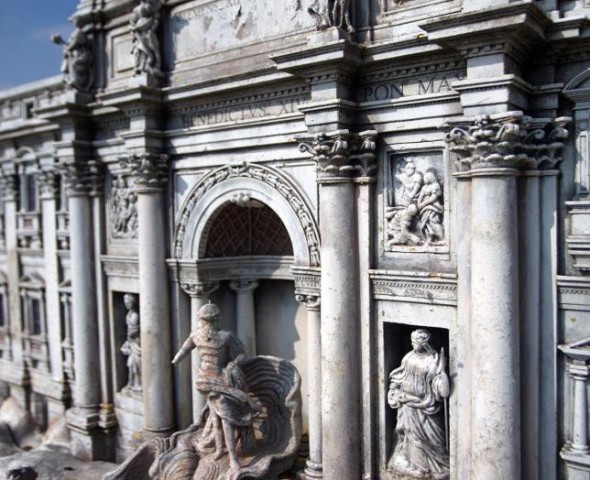