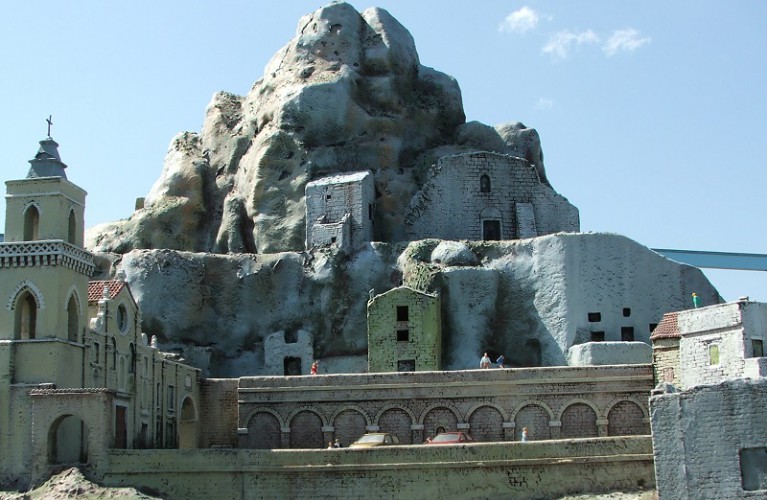 Matera is known the world over for its Sassi, or dwelling places carved out of the calcareous tufa, known as Sasso Barisano and Sasso Caveoso. These lie in the two furrows which open into the Ravine of Matera. In these two areas the streets are tortuous and steep, forming a labyrinth over the piled up dwellings below. In Sasso Caveoso one finds two beautiful stone churches, that of Saint Maria de Idris and of San Pietro Caveoso.

Near the rocky outcrop one can see the outline of the Cathedral, built in 1270 in Apulia-Romanesque style.

The Castle of Lagopesole perches high up on the hill which overlooks the road to Potenza and Venosa. Work started in 1242 by order of Frederick II and continued after his death. The main characteristics of this enormous rectangular castle are some details typical of Swedish architecture: the sheer size, the graceful ashlars and a number of exquisite sculptures.

One of the major towns in the Volture region is Melfi, a small city already inhabited in pre-Roman times and acquiring considerable importance during the Middle Ages when it became the seat of the Norman principalities.

The cathedral of Melfi, built by William the Wicked in 1155, was re-built in the seventeenth century and restored after the earthquakes of 1851 and 1930.
The façade of the cathedral is baroque, as is the Palazzo Vescovile (Bishop's palace) which has a beautiful courtyard with a staircase and fountain and the sarcophagus of Rapolla.

The bell tower, by Noslo di Remerio, dates back to 1153. Of particular interest are the first two floors, embellished with mullioned windows with two-tone panes.