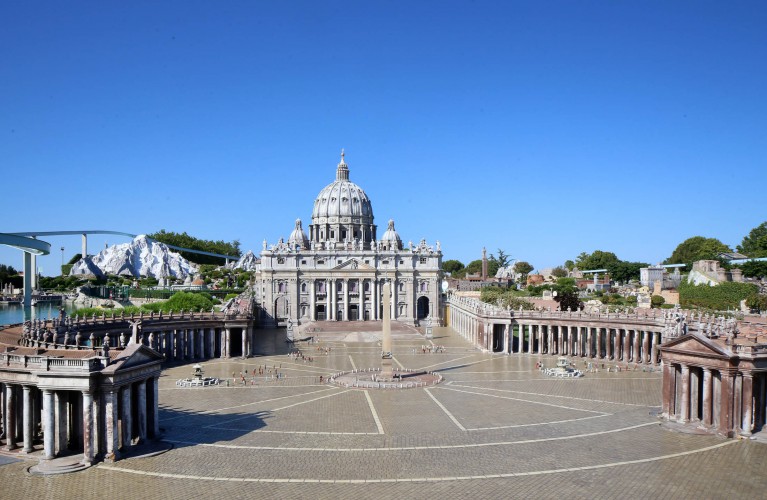 The most important and largest Basilica in Christendom and heart of the Catholic world rises over the tomb of the Prince of Apostles, St. Peter.

St. Peter's Basilica is located in the Vatican City State, the smallest sovereign state in the world both in terms of population (453 inhabitants) and territorial extension (0.44 km²).

It was built by Constantine in 326 and was in a state of virtual ruin in 1452 when Nicholas V commissioned B. Rossellino with its reconstruction.

Work started in 1506 under Julius II and on designs by Bramante. Raffaello, Peruzzi and Sangallo the younger alternated as head of works until 1546 when Michelangelo took over the position and left his mark of genius on the building. He envisaged an immense body in the form of a Greek cross, dominated by a majestic dome, but by order of Paolo V, Maderno subsequently modified the designs to form a Latin cross by extending the front section. On 18 November, 1626, the new church was consecrated by Urban VIII.

The Basilica presides above a magnificent square, the masterpiece of Bernini who, in 1656-67 surrounded the vast ellipse by a quadruple colonnade (284 columns and 88 pillars). In the middle of the square stands an obelisk, 25.5 metres tall, which was brought to Rome from Heliopolis by Caligula, placed in St. Peter's Square in 1586 and raised by G. Fontana. 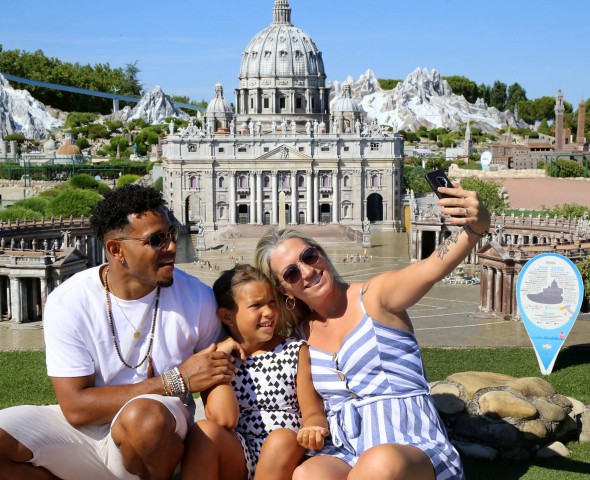 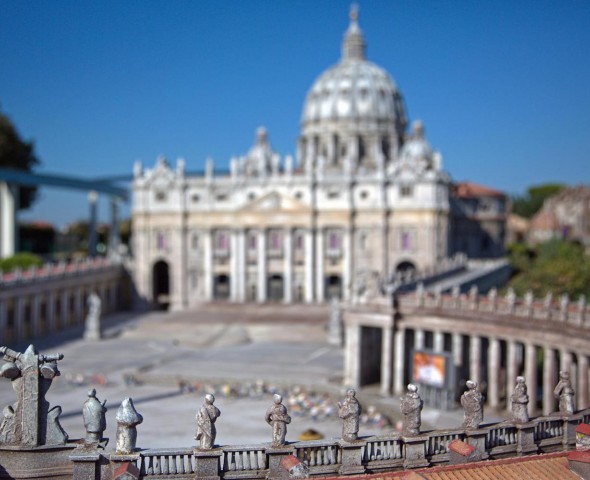 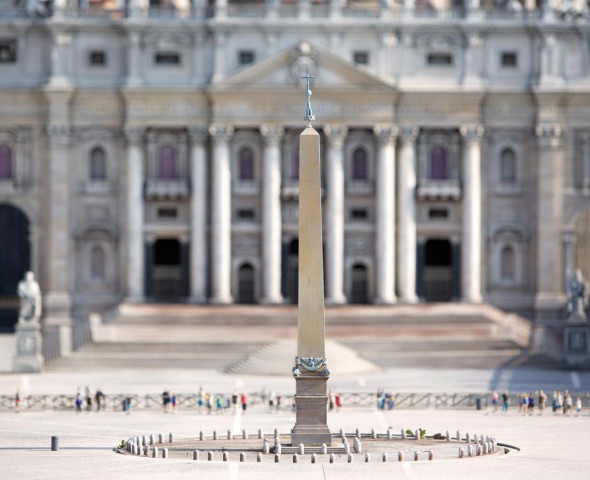 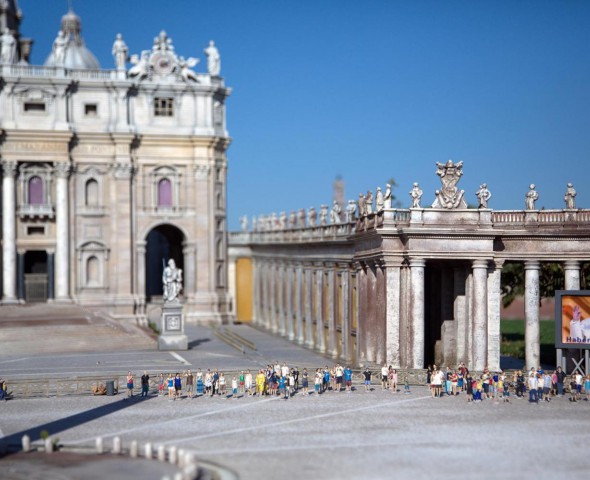 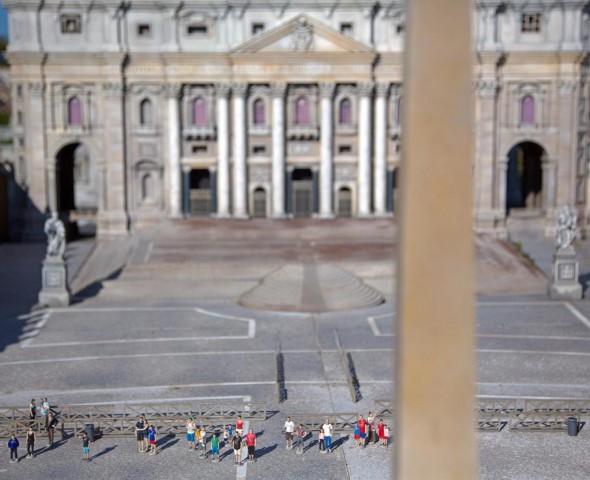 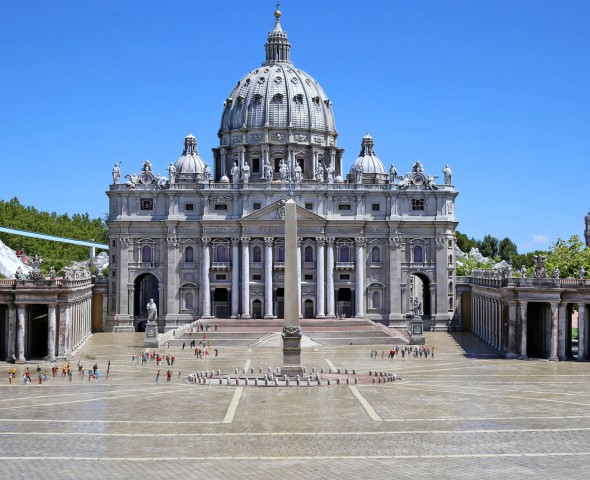 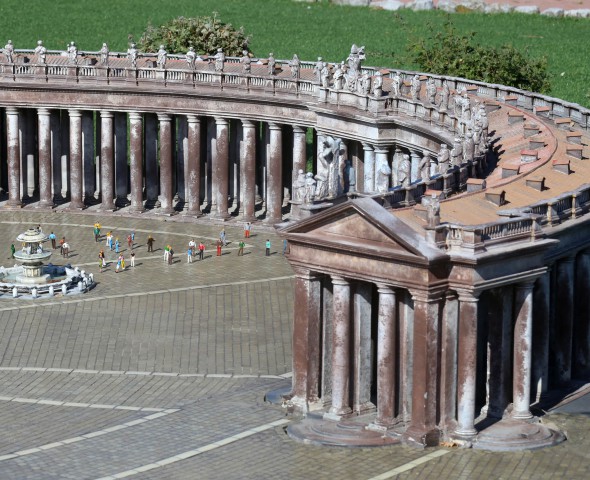 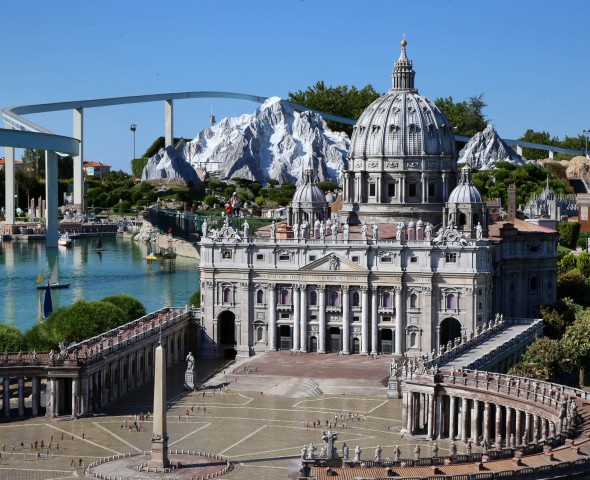 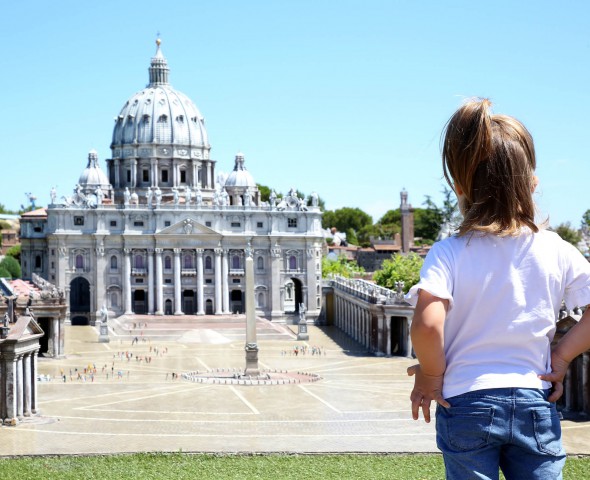 next
The Arena in Verona
Buy now
and save with tickets online!