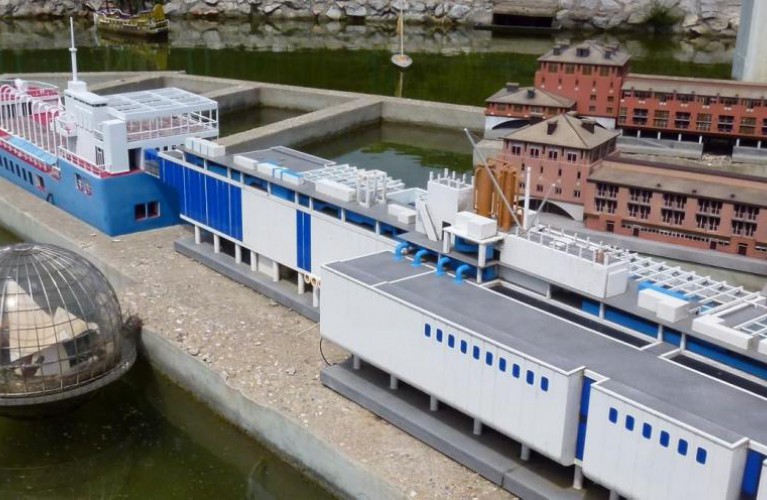 Palazzo Vecchio and Towers of Albenga

Since antiquity, Albenga has been a wealthy and flourishing city. Its port, from where goods were shipped to and from Piedmont, was under the far from benevolent eye of Genoa. The rather unequal struggle came to an end in 1250 with the submission of Albenga. The city centre, however, still preserves the vestiges of its golden age, indeed upon arriving in Albenga one comes across the glowing presence of the crenellated towers.

The Civic Tower and at its rear the Palazzo Vecchio (old town hall) are today the result of numerous restoration works which have returned them to their former glory. The tower, built between the thirteenth and fourteenth centuries, is the tallest in the city. The Palazzo Vecchio boasts a beautiful swallow-tailed merlon whilst the ground floor of the Municipal Loggia was worked on and reconstructed in 1421.

The port of Genoa is one of the largest in Italy - it covers 395 hectares of water and 216 hectares of dry land.

The seven docks house the numerous landing stages and wharves that can accommodate up to two hundred ships. One hundred of these landing stages are able to carry out loading and unloading tasks at the same time. The port has impressive storerooms and well-equipped service centres - huge silos, granaries, wine vats and containers for storing mineral oils.

The development of the port of Genoa is owed in part to its strategic geographic position, ideal as a port of call on the Mediterranean trade routes between Gibraltar and the Suez Canal, and as a central point of entry for the southern areas of the European Union.
Much of the port's activity is computer operated; the main control station works the four locomotives, which operate in tandem, and the immense cranes.

The lighthouse rises from the far side of the port, to a height of 76 metres. It dates back to 1543 and has become the symbol of Genoa. It is possible to climb to the top, and the view afforded from this vantage point stretches from the headland of Portofino to Cape Verde.

The village of Portovenere is completely hemmed in by imposing walls. Straight, steep steps link the upper part of the village with the lower whilst the Castle and tower-houses stretch out along gentler slopes which flatten out in front of St. Peter's church. This is the oldest part of the village and its past is lost in legend.

The church of St. Peter is made up of two distinct parts, joined together in more recent times by two large false-Gothic arches. The first section comprises a complete apse and the remains of the flooring which belonged to a primitive fifth century church. The second part is composed of a Gothic construction typical of the Levant Riviera with striped black and white stonework. 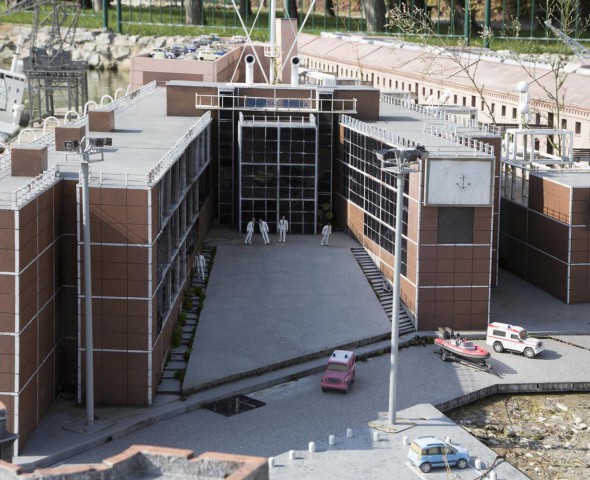 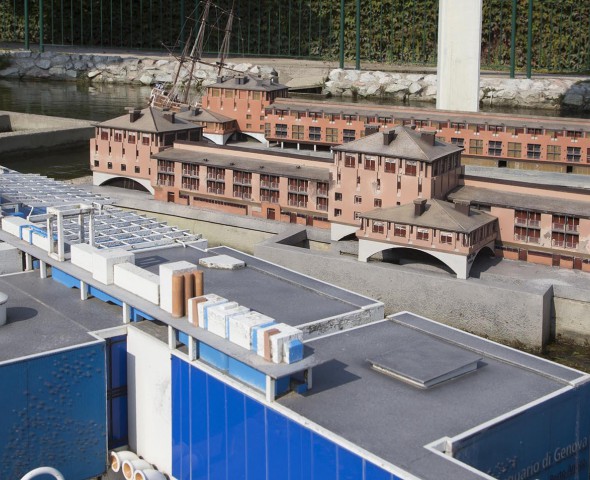 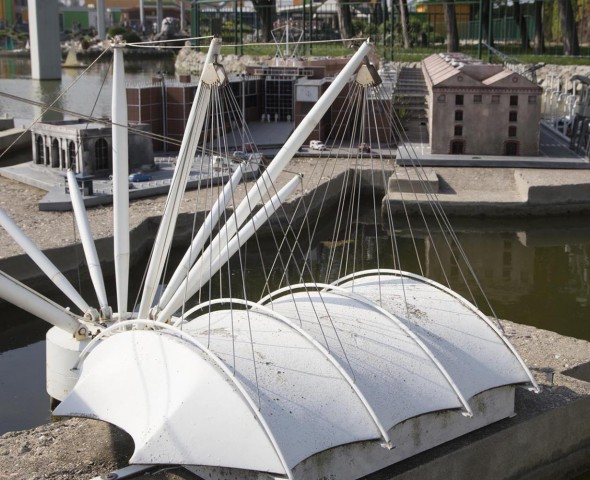 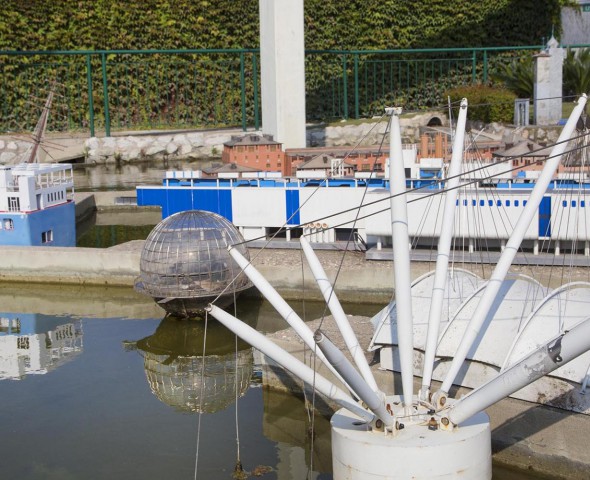