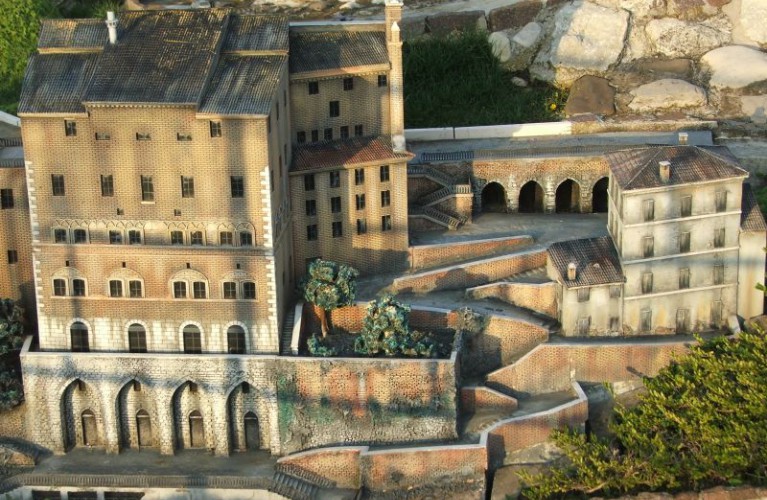 The Piazza del Popolo forms the monumental core of the city and the historic centre of Ascoli Piceno. The harmonious, sixteenth century square is dominated by the beautiful church of San Francesco, by Palazzo del Popolo, by crenellated palaces and sixteenth century porticoes.

These beautiful porticoes are distinguished by an unusual characteristic; of the fifty-nine arches making up the loggia, not one has the same dimensions as another.

The Cathedral of St. Ciriaco is the city's most important historic building. It dates back to about the fourth century, but subsequently underwent numerous transformations. The prothyrum was added in the thirteenth century and this was followed by many other alterations until work started in 1883 to restore its original appearance. Its richly ornamented doorway is especially noteworthy; the prothyrum which precedes it lends atmosphere to the arches and the four columns, two of which are supported upon lions. Beneath the arch are emblems of the Gospels.

The Fountain of Calamus, or Fountain of Thirteen Reeds, is one of the most characteristic monuments of Ancona. The thirteen masks, twelve in bronze and one in stone, are unusual decorative features spurting water from the ancient city aqueduct.

The earliest information on the castle of Gradara dates back to 1162, when it was part of the municipality of Pesaro. Gradara Castle was gradually fortified, enlarged and embellished, turned into a fortress and then a splendid noble residence. It fell into the hands of the Malatestas, who held it until 1463, then Sforzas and finally the Della Rovere family, who lived there until 1631.

Legend has it that this is the castle where Gianciotto Malatesta stabbed his wife Francesca and brother Paolo. This crime inspired Dante in the V canto of the Inferno, in his Divine Comedy, and Francesca da Rimini was seen as the symbol of freedom from unhappy love. 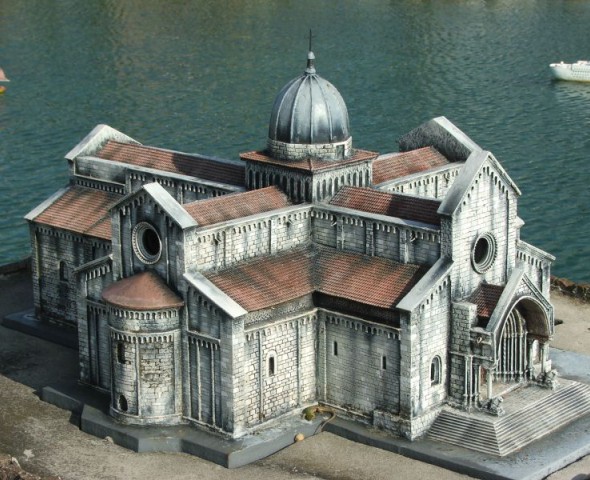